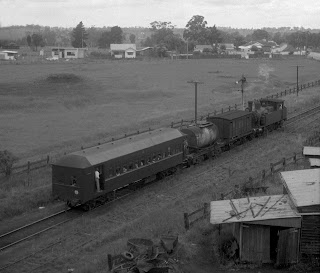 This is the Narellan picture I meant to attach.
Never mind.
PB.
Posted by I was a Teenage Railfan. at 23:42 No comments: 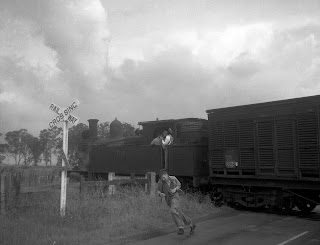 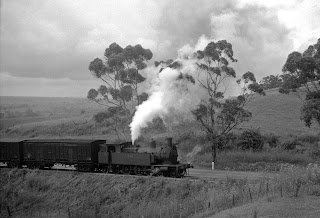 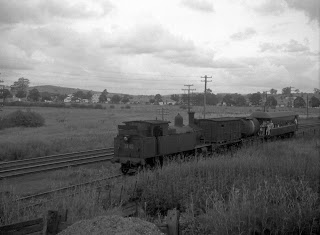 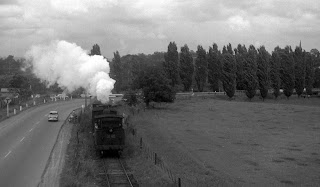 G'day all, before I get back to the last day special train on the Camden branch, here are a few shots of 3140 on a very typical mixed train, a milk train really.
I'm not sure if this was the very last day, it was possibly the day before, must have been near the end though, there were never normally that many passengers.
Not much to be said about these photos.
At the end of this hectic day I was on No.49 the Forbes Mail again, travelling way west to Port Lincoln and ultimately Penong.....look it up!
I think I managed to find a full length slatted wooden luggage rack and rolled up in my old army blanket and slept most of the way to Parkes. I have absolutely no recollection of the trip so I must have been out to it.
Parkes. arr. 7.32am.
dep.7.52am.
Aboard the "Silver City Comet".
Best Regards,
Peter Bruce.
Posted by I was a Teenage Railfan. at 23:41 No comments: 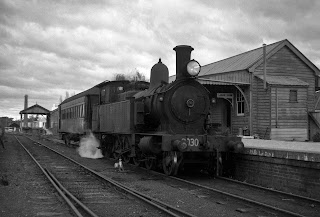 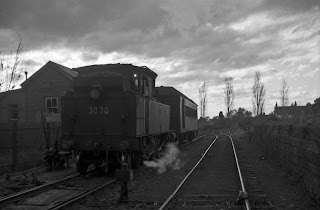 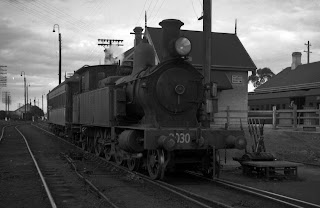 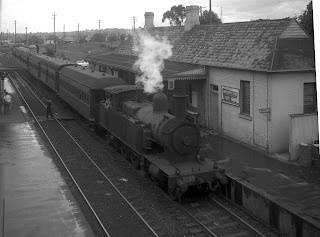 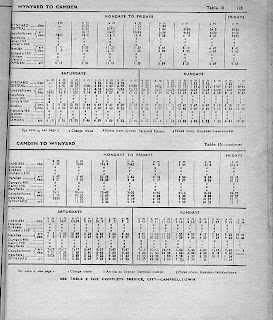 G'day all, I probably should have started here last week.....sometime during the winter of 1962 I set off to make the round trip Melbourne-Sydney-Broken Hill-Adelaide-Melbourne. This was only my second foray interstate, the first had been a bit of a toe in the water, Sydney, stay overnight and come back home so the round trip via Broken Hill was the first real adventure and I'll go into it in more detail at a later time.
So the first stop was Sydney, I was travelling with Tim Caffin and we arrived in Sydney on a Sunday morning, probably aboard "The Spirit of Progress" and we had the day to fill in before leeving that night at 9.40 pm on the Forbes Mail so after the obligatory trip around the underground loop and an exploration of Everleigh Loco we set off for Liverpool on a single decker suburban electric. At Liverpool we changed to the train hauled by 3099 and the attached photo shows it at Campbelltown station, Platform 3. Outer suburban travel behind a 30 class tank was by no means unusual in New South Wales back then but it certainly was an eye opener to a couple of young fellas from Victoria.
So over to Platform 1 via the footbridge, grab the photo of 3099 on the way, and there at the platform was 3030 trailing the usual single car. Looking at Table 10, I think we probably travelled on the 1.57pm from Central to arrive back at 6.20pm in plenty of time for some tucker before our 9.40pm departure for Parkes and Broken Hill on "The Mail".
I don't remember too much of that trip, I mostly slept, except that there were eight of us in our eight passenger compartment leaving Central and I do remember too howling out through the inner west behind a 46 class electric. It was nothing like what I was used to leaving Melbourne on a country train and usually dribbling along behind an all stations suburban. It was very impressive.
By the way if anyone has an email address for Tim, and if he wouldn't mind it being passed on to me I'd like to forward this posting to him.
Regards,
Peter Bruce.
Posted by I was a Teenage Railfan. at 21:55 1 comment: 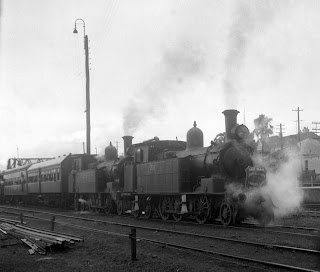 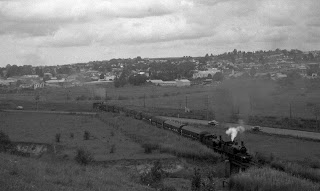 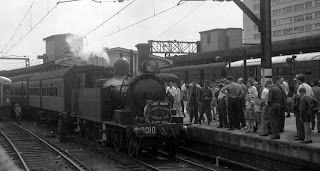 G'day all, on the 1st of January 1963, almost two years after the last electric tram ran in Sydney, service on the Camden tram came to an end. For those who may be wondering why it was called a tram when it was so obviously a train, the line on which it ran was lightly constructed and ran in the road reservation for part of it's length. If I remember rightly Pansy was the local and affectionate name for the tram.
Nowadays what was then open country, albeit suburban fringe, is now pretty much wall to wall suburbia and it seems that there is very little evidence remaining of this unique little line.
As I remember I travelled on the special train between Central and Campbelltown and then spent most of the rest of the day on the move photographing the last day operations. I do remember spending some of that time riding with Weston Langford in a hired Ford Falcon at speed on the thronged roads between Campbelltown and Camden.
I'll continue on this theme for the next week or two, the three photos I have posted here are of the special train, later I'll post some of the regular workings.
The special train, definitely not a tram, was worked by three 20 class 2-6-4 inside cylinder tank engines. I'm hoping that someone can come forward with the details of the day's events as I took no notes as usual. I think 2010 ran the train solo from Central and was joined by 2016 and 2029 at Campbelltown to tackle the steep grades on the branch.
The photo at Central is interesting to me as much for it's extraneous detail, a Budd car peeping in on the left, the old school Loco Inspector supervising from the pit, recognisable by his dustcoat and felt hat, the crowd on the platform and the now extinct single deck electric suburban train at the nearby platform.
Two members of this list have recently published books of their photographs and memories; "Times past....Places Distant" by Weston Langford and "Bygone Australian Transport" by Bob Wilson. Both deserve much praise and congratulations.
Regards,
Peter Bruce.
Posted by I was a Teenage Railfan. at 14:31 No comments: 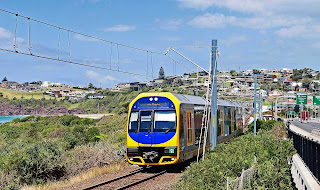 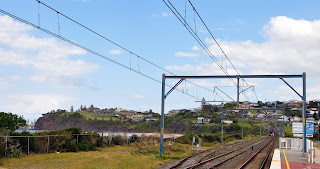 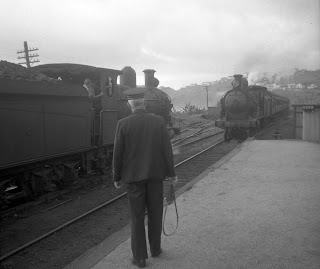 G'day all, apologies for the long absence, the last year and a bit has been a bit chaotic for me but things are settling a bit now and all is well. I am actually away working for the next three weeks but I just thought I'd try to re-establish contact as I've never intended to abandon MMP completely. In the meantime I've enjoyed the more reliable contributions from Bob Wilson and John Phillips and also John Thompson's postcards and photos.
Last October I was on the NSW South Coast so I went to visit Bombo for the first time for 40+ years, I was there in January 1964. It was idyllic then but now the railway is between the glorious blue Pacific and a roaring freeway....not idyllic.
Anyway back in a few weeks, I've quit full-time work so hopefully I'll have a bit of time for my real interests.
Regards to all,
Peter Bruce.
P.S. Just email me if you want to be dropped off the list, and if you know someone who would like to be included feel free to invite them along.
Posted by I was a Teenage Railfan. at 14:21 No comments: